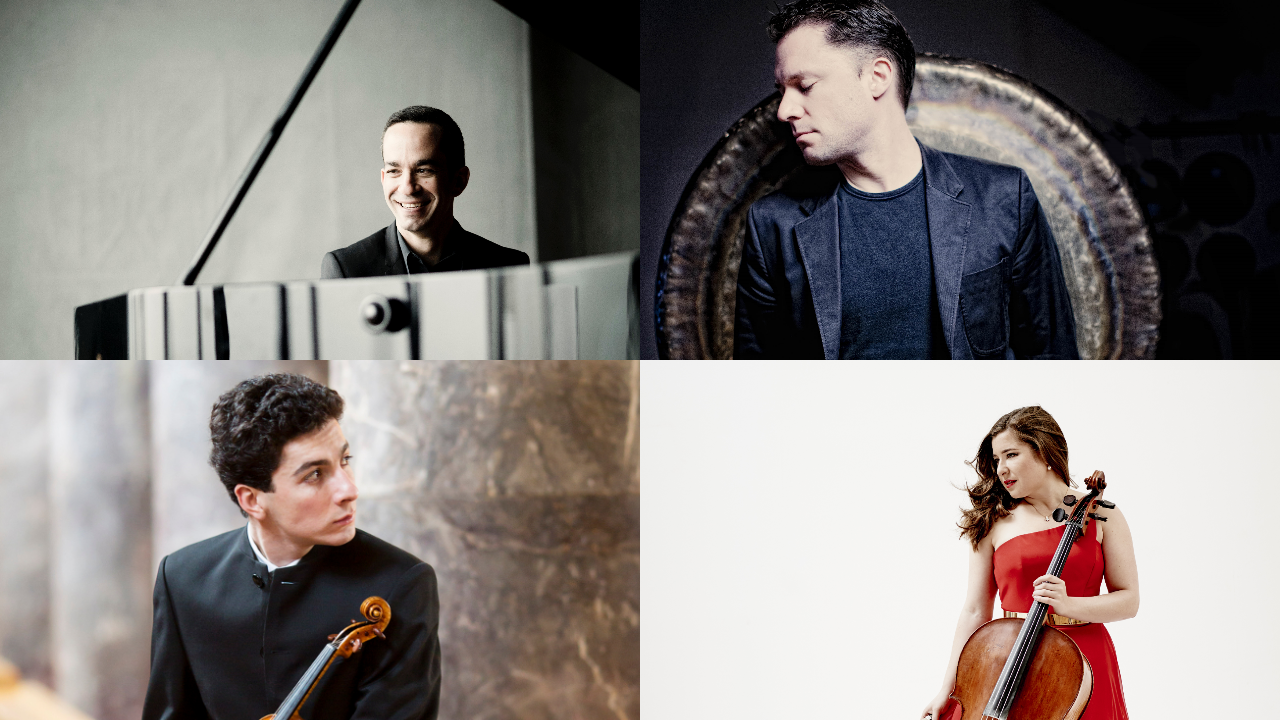 “Barnatan is one of the finest musicians…You don’t notice his fingerwork, you simply immerse yourself in the sound he produces…and you know that there are no technical limits to what he can do.”
-The Pianist

“As soon as Mr. Khachatryan began the opening Allemande, you could sense how intently the audience began listening, as he achieved the all-too-uncommon feat of seducing a rustling, coughing crowd into silence.”
-The New York Times

“Colin Currie is a musician first and a percussionist second...The instruments were played with a wonderful range of touch...A marvellous concert…”
-The Telegraph [UK]

Four transcendent musicians on one explosive stage! In this fascinating program, you’ll hear music by Beethoven, Shostakovich and Schoenberg in an entirely new way as these virtuoso artists explore rarely heard transcriptions, created either by the composers themselves, friends of the composers, or admirers, including Alisa Weilerstein. Experience the alchemy of genius as these virtuoso artists share their passion for music.

Sponsored by The Norfolk Stationary Co.