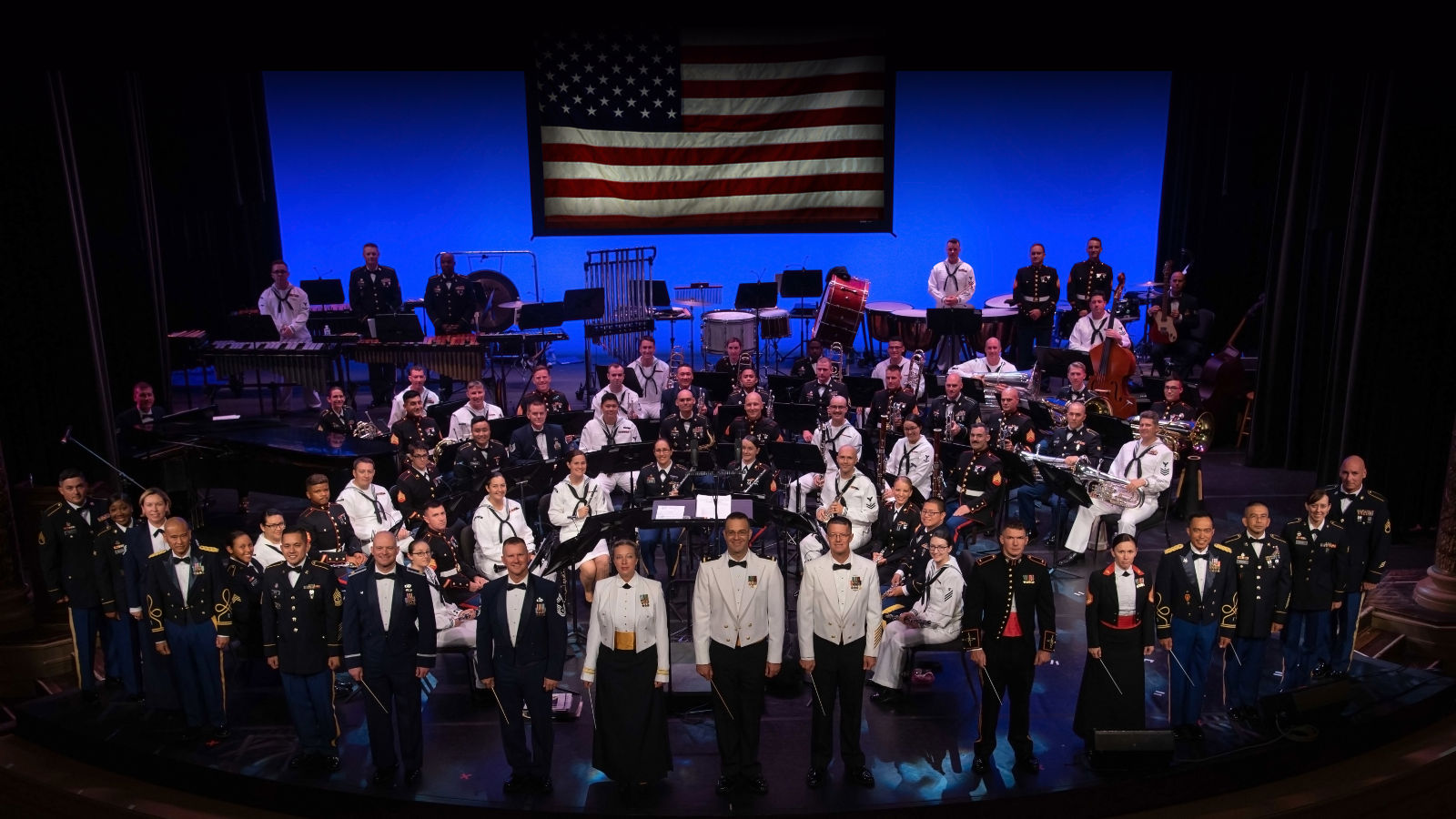 Join us Saturday, November 9 in a musical celebration as we pay tribute to our veterans, active duty, and military families. The Virginia Arts Festival is partnering with 2019 Commemoration, American Evolution to present Fanfare to the Military & Democracy, an unforgettable concert over Veterans Day weekend featuring musicians from the US Army, Navy, Air Force, and Marine Corps at the Sandler Center for the Performing Arts in Virginia Beach. This event is free and open to the public, but reserved tickets are required.

Hampton Roads is home to the largest concentration of active duty and retired military in the United States. This special performance will showcase pride and gratitude to our veterans featuring stirring marches and patriotic songs, dramatic film music, and pop and country songs—plus rousing moments of celebration as conductors from each branch of the military lead tunes near and dear to their troops.

About 2019 Commemoration, American Evolution™
American Evolution commemorates the 400th anniversary of key historical events that occurred in Virginia in 1619 that continue to influence American democracy, diversity and opportunity. 1619 was a pivotal year in the establishment of the first permanent English Colony in North America. It was the year of the first representative legislative assembly in the New World, the arrival of the first recorded Africans to English North America, the recruitment of English Women in significant numbers, the first official English Thanksgiving in North America, and the development of the Virginia colony’s entrepreneurial and innovative spirit.

Through the Commemoration, the Commonwealth of Virginia, along with notable Virginia institutions and national partners, has produced a series of education programs, signature events, and legacy projects of national and international significance. These programs and events build awareness of Virginia’s role in the creation of the United States and reinforce Virginia’s leadership in education, tourism, and economic development.

To inspire local, national and international engagement in these three key themes, American Evolution has partnered with notable Virginia institutions like the Virginia Arts Festival, and launched a series of signature events, education programs, and legacy projects. The American Evolution partnership with the Virginia Arts Festival explores the influences of our complex history on the culture in America today by sponsoring performances by world-renowned artists. These performers bring to Virginia their perspectives on the themes of democracy, diversity and opportunity.