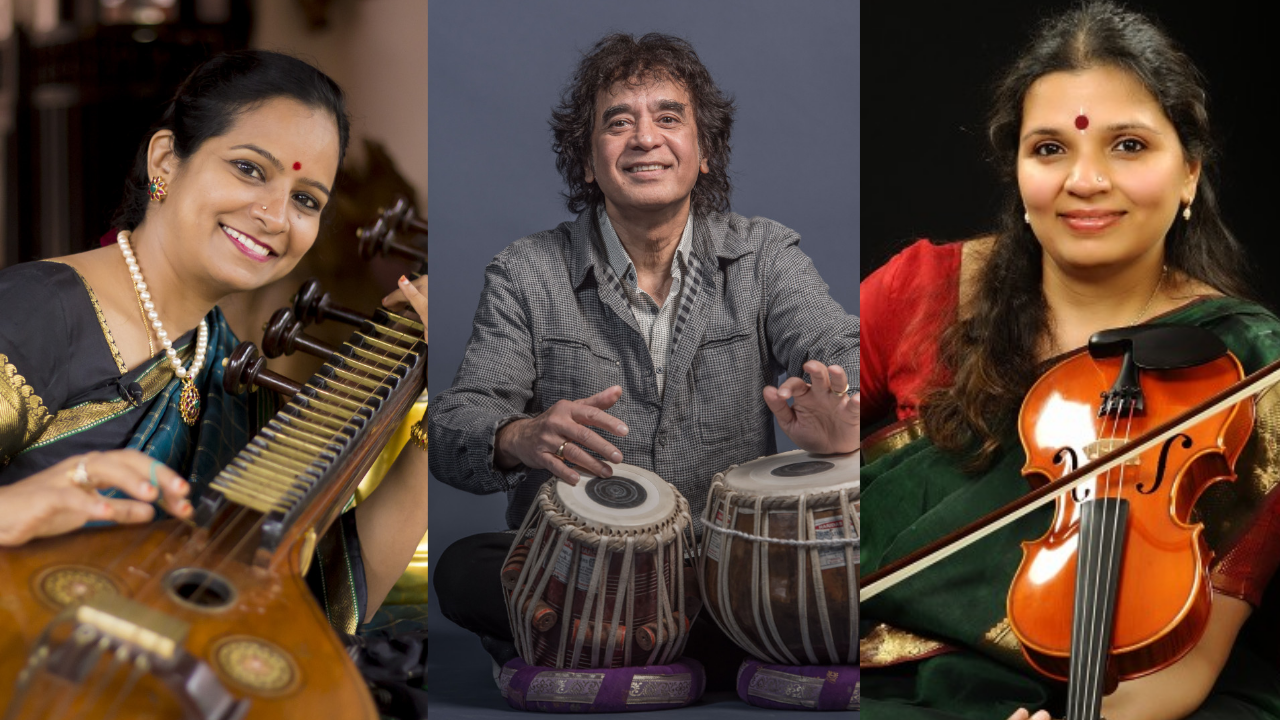 “Zakir Hussain, the peerless North Indian tabla player, favors an impish strain of virtuosity. He’s a fearsome technician but also a whimsical inventor, devoted to exuberant play. The blur of his fingers rivals the beat of a hummingbird’s wings.”
-The New York Times

“Awe-inspiring…. It wouldn’t be absurd to call Jayanthi Kumaresh the Jimi Hendrix of the veena, the many-thousand-year-old Indian instrument that looks like a sitar with fewer strings.”
-New York Music Daily

“…If Mozart had been transported to the South Asian subcontinent, this is what he … might have sounded like. Kala Ramnath is a musician of giant like qualities…”
-Jazz Wise

Grammy Award winner Zakir Hussain has introduced the world to the tabla, the drum with a thousand voices. A national treasure in his native India, he is renowned for his genre-defying collaborations with such musicians as Yo-Yo Ma, Béla Fleck, Van Morrison, the Kodo Drummers and George Harrison, and choreographers Mark Morris and Rennie Harris. In this eagerly anticipated Virginia Arts Festival appearance, Hussain partners with two Indian artists acclaimed around the world for their virtuosity: veena master Jayanthi Kumaresh, whose performances have thrilled audiences at festivals and concert halls around the world; and violinist Kala Ramnath, whose performances and compositions have been featured on Grammy winning recordings by Hilary Hahn and the Kronos Quartet.