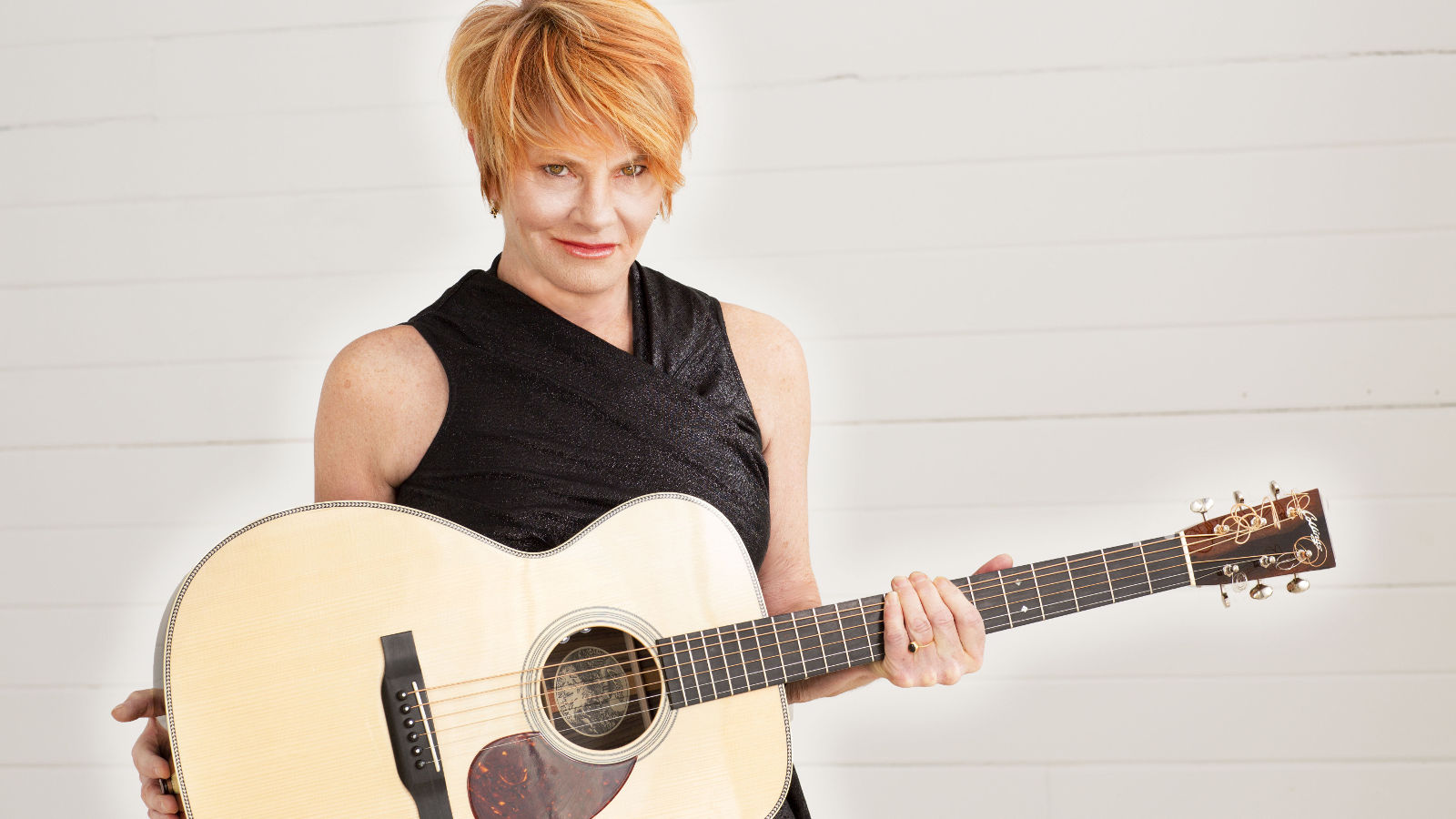 “She still sings like an angel. The crystalline richness of her voice and her prowess at delivering is, if anything, more potent than when she released her debut album, Steady On, nearly 30 years ago.”
-Creative Loafing, Tampa

“Extraordinary songs, mesmerizing guitar playing and a voice that goes effortlessly from bruise-tender to scar-hard in a matter of minutes…. Her lyrics are full of subtlety and polished phrases. She held the audience spellbound. Her songs are so personal to her that they speak to everyone who listens.”
-The Guardian, UK

Born in South Dakota, raised on country, this Grammy Award-winning singer-songwriter found her voice in Americana, writing songs of craft and catharsis that become treasured lifetime companions for fans. As a storyteller, Colvin is both keen and warm-hearted, leavening even the toughest tales with tenderness, empathy and a searing sense of humor. Her debut album, Steady On, was released in 1989 and instantly ignited passion in audiences, capturing the Grammy for Best Contemporary Folk Album. Now Shawn Colvin returns to her earliest days, performing the Steady On album acoustic, in its entirety—and area fans can enjoy this extraordinary musical moment in the Virginia Arts Festival’s intimate Robin Hixon Theatre.

There is something real and raw that emanates from Daphne Willis when she performs. Her songs and her voice convey hope and compassion for others; her lyrics are sincere, compelling and relevant. She has a critical message to relay to others when she speaks and performs to her audiences nationwide.

Raised in Chicago, Daphne now calls Los Angeles home after living in both Nashville and NYC. Willis cites influences as varied as Ella Fitzgerald, The Beatles and Eminem.  Her musical output cleverly incorporates such inspirations into a style that crosses multiple genres ranging from Acoustic to Pop to Hip Hop to R&B, yet is refreshing and singularly her own.

In early 2016, Daphne caught the eyes and ears of Sony/ATV Music Publishing who quickly signed her to a worldwide publishing agreement. Their partnership has resulted in several of her songs being recorded by other artists and used in Commercial, Film and TV productions such as One Tree Hill, Four Weddings and a Funeral (2019), Empire, Samsung, Royal Caribbean, Target, Clinique and Microsoft Ad Campaigns and Volkswagen/Women’s World Cup.

Daphne has also dedicated her artist platform to defeating the stigma around mental health, addiction recovery, trauma and family dysfunction. Her famed “Somebody's Someone” has fast become an anthem for the addiction recovery community. The song, a heartfelt call for kindness and compassion for those suffering with addiction, is a loving reminder that we are all human, we are all ‘somebody's someone.’

A prolific writer and performer, Daphne has released four albums to date and will release 5 new singles in the coming months.

Due to the limited number of VIP seats available, there is a limit of 2 per household.